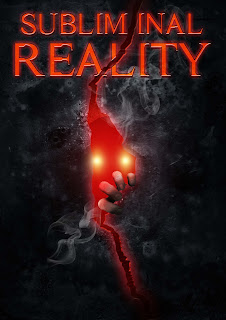 Many stories deal with neurosis and psychosis in which it is believed that voices, images, visions, and hallucinations are real when they're not. These are not those stories.

The voices and visions are real. The perceived threats are real. And, yet, not everything is as it seems... or is it?

Blurring the lines between lunacy and reality, these authors will have you questioning your own perception of what’s real and what’s imaginary...

Dallas VA Mirror by James Deitz
Again by Shannon Connor Winward
The Fall by Derrick Lafayette
The Draught of Dreams by Geoff Gander
Mother of the Year by Jason Ellis
Swallow by Ezekiel Kincaid
Self Appraisal by John Davies
Trapped in an Elevator by Doree Weller
The Commuters by David Charpentier
Hired Hands by EF Schraeder
Dead On Her Feet by Dale Glaser
An Apple A Day by Jonah Buck
What Are We Going To Do With You? by Tim Major
Shadows by Austin Case
Tiguf Supmet by Andy Betz
What’s Seen Cannot be Unseen by James Pyne
When the Moon Sighs Solitude by Anton Cancre
A Hard Reset by Jeff Stevenson
While the Sun Yet Shines by Tim Waggoner


Available now at the following retailers:
Barnes and Noble
Amazon

You can also check out our previous and upcoming releases on our Anthologies page!