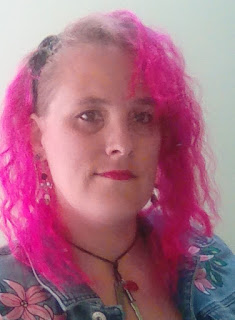 MJae Sydney acquired LVP Publications in April 2017 and works full time as a freelance writer and editor. When she isn't hiding out in the office, you can find her roaming around in the Jeep--armed with a Canon and an Alice Cooper playlist--shooting anything that jumps in front of the camera lens. She works and lives with a vampire, a werewolf, a Mogwai, and various woodland creatures in the Pacific Northwest. 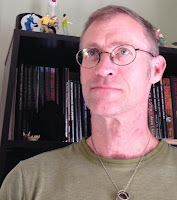 Ken MacGregor has written over 200 short stories, a (co-authored) novel, a novella, TV commercials, sketch comedy, a music video, and a zombie movie. When not writing, Ken drives the bookmobile for his local library. He lives with his family and three cats, one of whom is dead but they don't hold that against her. 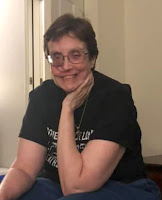 Christine Morgan was recently dubbed "the Martha Stewart of extreme horror" after appearing on the Bizzong podcast, for her hobbies of weird baking and kooky crafts as well as writing. The author of works as varied as Spermjackers From Hell, The Raven’s Table, Dawn of the Living-Impaired and Other Messed-Up Zombie Stories, Murder Girls, and White Death, she’s especially honored to be allowed to play with Edward Lee’s toys and wrote a sequel to his Lucifer’s Lottery called Lakehouse Infernal, which came out in 2019. A long-time contributor to The Horror Fiction Review, she also beta-reads, has edited a few anthologies, and takes on various other word-related gigs as opportunity presents. 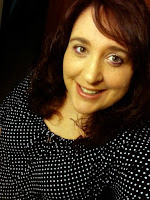 Stacy Turner has edited ten anthologies, several of which have produced Stoker nominated stories, including Grim Mistresses. She's edited over a hundred novels and short stories for a variety of authors. Stacey lived in West Central Illinois with her husband where she was owned by cats. She loved editing because she was bossy, and while she wielded a wicked red pen, she never made an author cry. Not that such a thing would have been her ultimate goal.
RIP APRIL 14, 2021 Watch out for all the Beasties and Ghouls... 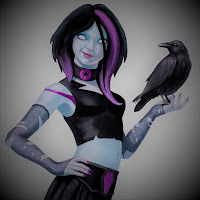 She's dark, she's cute, she's sassy, she's dead... and she's haunting the valley one story at a time. Darkling, our not-quite-human graveyard host, comes to us from the Machleif Cemetery, which borders the parameter of Lycan Valley. An unfortunate accident brought her to the valley where she now spends most of her time telling stories to the Spirits of the Damned and anyone else brave enough to stick around and listen. 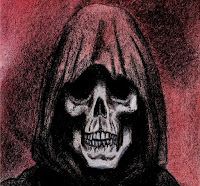 The Lycan Valley Reaper is an undisclosed editorial team working to bring Death to the Valley with one unified voice. The Reaper likes soft organ music, long, moon-lit strolls through graveyards and enjoys chocolate eclairs.

Desmond Manny is a life-long creative located in the Pacific Northwest who has made his living as a photographer among other creative endeavors. He has been producing audiobooks in various genres since 2017.

Danielle Bryn is an Atlanta-based VA originally from Milwaukee, WI. Narrated works include the Ellie Nelson Murder Mystery series by P.L. Gertner, Meditation for You by Justine Namah, and most recently, Dragonfly and Other Songs of Mourning by Michelle Scalise. Danielle can be heard in the upcoming audio drama Badlands Cola as Hawthorne, and the upcoming visual novel Cryptid Crew as Zella and Co-Host. She has also lent her voice to commercials, RPG's, animated shorts, and more. 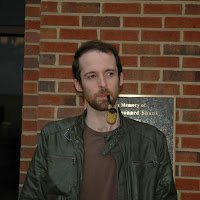 Carl the Werecoyote is Lycan Valley's all-purpose assistant. Carl does other things too but only when he's allowed out from the crawl space beneath the office... or when he escapes, which happens more frequently than we'd like.

Dale W Glaser is an English major, a SF/F/H geek, and the author of dozens of speculative short stories. In the past, he has been a Dungeon Master, the editor of a campus satire magazine, and the kind of person who buys souvenirs from the Salem Witch Museum. He lives in Virginia with his wife, three children, and seven pets (and counting) of various species and origins.